TAGAYTAY HIGHLANDS:  Your HOME not far from home 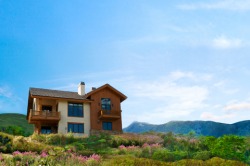 Do you really have to go far away from the city to get away from it all? Is there a place where you can have your cherished breathing space or bring the whole family for precious bonding moments? 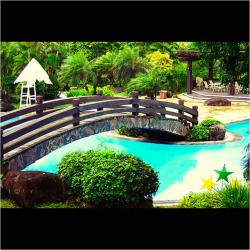 Best buddies Willy Ocier and Jerry Tiu — who are really more like brothers, having gone to the same schools and sharing the same passion for sports, zest for life, and zeal for work — did not only ask themselves these questions. They sought the answers to their questions and dared to dream high. Soon enough, that dream became reality: Tagaytay Highlands, a premier membership recreation and residential community nestled in the hills of Tagaytay, an hour’s drive from Makati and Ortigas business districts.

No, you don’t have to go too far away to get away from the polluted, maddening city and everyday vexations to the spirit. Not with Tagaytay just around the bend.

Yes, in Tagaytay Highlands, you can have all the space you need, and all the peace and quiet you want. And yes, you can finally have that time you’ve always wanted to spend with your family — bring your children, your children’s friends, Lolo and Lola, and members of your extended family. 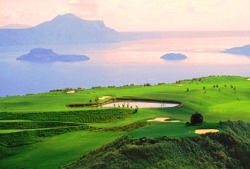 Which is exactly what Jerry and Willy enjoy doing. Particularly on weekends or weekend holidays, Willy and Jerry bring their families to Tagaytay Highlands. Willy drives up with wife Geraldine and children Mischel, Isabelle, Sean, and Chris while Jerry goes with wife Lianne and kids Cheryl, Chris, Charles, Christine, and Christian. Their kids are like brothers and sisters, too. They even go to the same school. In school, Isabelle Ocier often gets a free meal courtesy of Chinky Chicken, which Chris Tiu owns and runs at the Ateneo canteen.

Jerry Tiu — a.k.a. the father of Chris Tiu, Ateneo’s hottest basketball player and coolest heartthrob — enjoys nothing better than hitting the putting green with son Chris. “Chris is a very good golfer, much better than me,” says proud dad Jerry, adding with a laugh, “but I taught him how to play golf.”

Girls, now you know where to find Chris Tiu, at least some weekends. Here’s another hot tip: Some days, you just might find Chris dining with his family at China Palace in the Mall of Asia, where his dad Jerry and uncle (and manager?) Willy have put up a branch of Tagaytay Highlands’ popular Chinese restaurant. Over herbal soup and fine Chinese food, we learned about a specialty — and best-seller — of the house that’s said to be more potent than Soup No. 5. A lot of bull, you say? Well, it was so potent that it had Chris flying and dunking on the basketball court the next day. 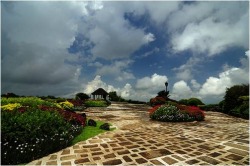 But to go back to Tagaytay Highlands ... Other than golf, there are tons of things families can enjoy doing together at Highlands. For instance, they can enjoy watching a concert together. Only yesterday, concert pianist Ingrid Sala Santamaria shared her music with Tagaytay Highlanders at the Lakeview House.

“The very first to have a concert there was the late (energy minister) Geronimo Velasco, who played the cello,” Willy tells us. “He is scheduled to give a concert — everything is already set. He helped a lot of musical scholars and other people. He was a very good guy.”

Willy sure misses his former golf barkada. “He liked to play golf with me because I’d always purposely lose to him,” Willy relates with a hearty laugh. “He’d say, ‘Ako, 80 years old na, tinatalo ko pa ’tong mas batang may-ari ng Highlands.’ I was the only one who would lose to him.”

Willy is happy to announce, “We’re going to open an 18-hole mini golf course using real grass, where both adults and kids can play.” 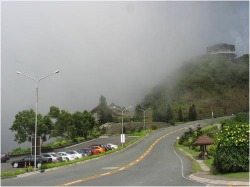 If the tee is not your cup of tea, there are a lot of other fun activities that can keep kids delightfully occupied: They can drive around the Country Club, go swimming, catch tilapia at the Fishing Pier, and, of course, engage in a favorite family bonding activity — eating out. At the Highlands, you’d be spoiled for choice: It’s got Japanese, Chinese, Thai, Spanish, Italian, and Korean restaurants. Then there’s the very popular Highlands Steakhouse (which also has a branch at the Mall of Asia).

“In the Greenlands area, where the Plantation Hills is, we’re coming up with a restaurant, that’s like a greenhouse, for pasta and salad,” Willy shares this delicious piece of news. “We’ll also bring in food festivals like a Korean festival or even a Slovakian festival.”

To which Jerry adds, “We’re doing a lot of renovations. We’re renovating the second floor of the Country Club, where we have the Japanese, Italian, and Thai restos. We’re opening a new phase that’s more dynamic, more trendy, something members will be excited to try out.”

Willy hastens to point out, “We want to encourage families to do things together that they don’t really get to do in the city. But really, Jerry and I raised our kids so that they have their own place. We don’t force them; they have their own lakad, but once in a while, they’ll say, ‘Can we go with you?’ Or ‘Can we bring our friends there?’ Highlands is always ready to host whatever your child’s lakad is. But of course, not those noisy parties (but there are little places at Highlands where you can disco or go ballroom dancing). We don’t want Highlands to be a party place like Boracay. Di bagay. From the start, Highlands has always been and will always be a place of retreat, a place for quality family time.” 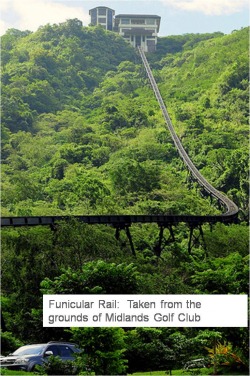 Highlands recently played host to a very successful fashion show, where members walked the ramp at the multi-purpose hall. Among the celebrity models (all members of Tagaytay Highlands) were Ariel Rivera and Gelly de Belen and Beth Tamayo. Displaying the lifestyle of Highlands, Renee Salud showed his wedding gowns and Mike Fajardo, his suits. Debenhams was also there, among others. Proceeds from the show were donated to charity. Already, the Highlands families are looking forward to the four-day Halloween weekend. “We’re launching a lot of activities for the family,” says Willy. “Especially with the temporary traffic situation on South Superhighway, people tend to want to stay longer in Highlands.”

High on the list of activities this December at Highlands is the De La Salle-Ateneo golf tournament to be held at Tagaytay Midlands. A yearly tournament featuring the best players of DLSU and Ateneo, this year will see the two schools’ skippers, Ateneo’s Chris Tiu and DLSU’s TY Tang, playing against each other. “Chris and TY were classmates at Xavier and teammates; TY’s dad is also a member of Highlands and a partner at China Palace,” says Willy. “In this tournament, the best players from each school will compete for the right to say, ‘I’m better than you.’ We’ll also feature prominent businessmen from DLSU and Ateneo, all in the spirit of sportsmanship and camaraderie.”

Slowly becoming a favorite wedding venue (Claudine Barretto and Raymart Santiago got married there last year), Highlands has built a new chapel called Madre de Dios near the Midlands Clubhouse that’s got a romantic view of the lake.

As for us, we didn’t go to Highlands to golf, get married or to honeymoon. We went there to, uh, just to be there. Fact is, during our recent weekday stay there, all we did was order room service in our Belle View condo, eat, watch TV and, yes, enjoy the breathtaking view of the Taal Volcano Lake from our veranda. Surely, no postcard can come close to this! 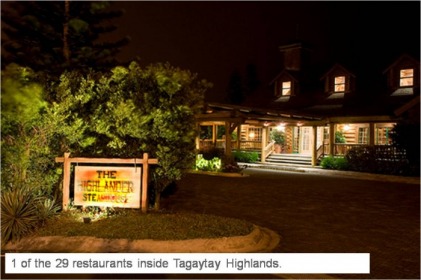 And amid all these wonders of nature, you know that surely, there is a God.

“We want to keep the Highlands as clean and green, and environment-friendly as possible,” Willy pledges. “The theme of our Plantation Hills subdivision is organic farming. There, residents-turned-gentleman farmers can plant anything organic. We’ll put up a one-hectare greenhouse.”

Certainly, Tagaytay Highlands is a growing community. Willy notes, “We keep on developing; we still have 700 hectares’ (out of a total of 1,500 hectares) worth of raw land. Highlands is big and membership is still open. And one big thing happening, something we at Highlands have been waiting patiently for for 15 years now is the Ayala Land Nuvali project in Canlubang, Laguna. It has finally broken ground and is selling its first subdivision, anchored by Xavier School. It’s the very first out-of-town facility of Xavier, which is just a stone’s throw away from Highlands. When I bought the property almost 20 years ago, that was one of the things promised by Ayala, that’s why malakas ang loob ko to buy Highlands. Up there in Highlands, we always look at the view. The flat land in the middle is Ayala’s new development. Ayala is going further south, and Xavier School here is opening in 2012. This signals the possibility that Highlands will not remain a second home community for very long. In the next 10 to 20 years, people will actually live in Tagaytay Highlands. We are ready for that, but we are also conscious of the fact that we want to keep Highlands as rural as possible. Because we want to look at ourselves as a retreat from the rat race. We want to encourage people to go to Highlands to relax.”

Such as what Willy has been doing these past 15 years. “I usually go on a Friday, take off at 3 or 4 p.m. when traffic is still light. I come home Sunday morning or afternoon. There’s always a good time to go and a good time to come back.”

And how does he feel when he comes back?

Such are the highs of living in Tagaytay Highlands.